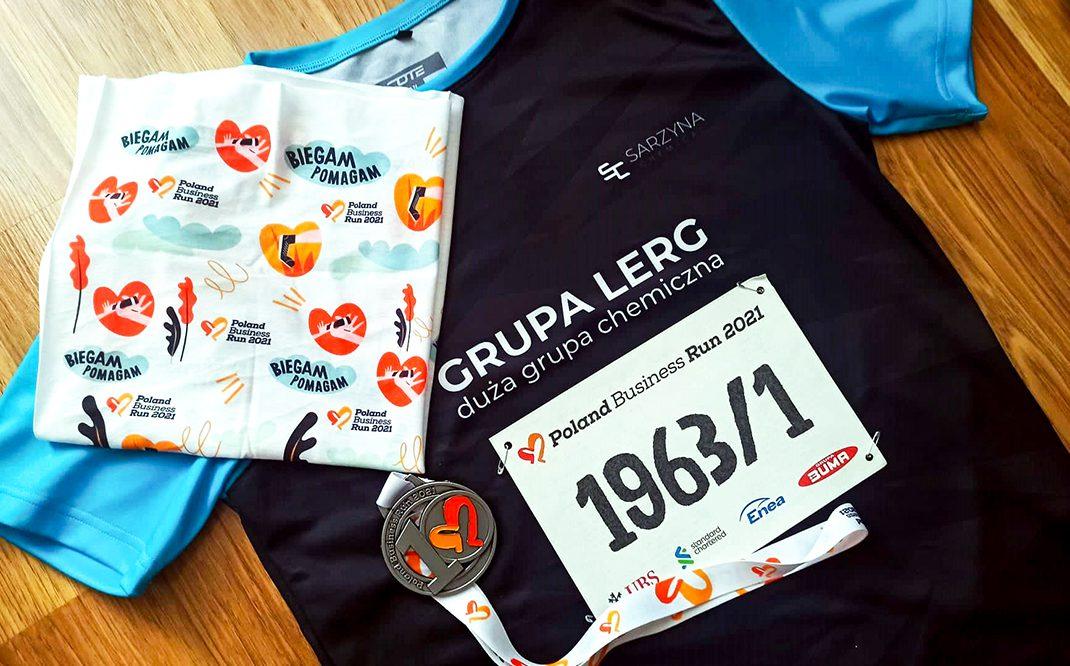 On Sunday, September 5, the 10th edition of the charity Poland Business Run was held. A group of 28.5 thousand runners involved in this noble campaign were also supported by employees of the following companies: Lerg from Pustków-Osiedle, Sarzyna Chemical from Nowa Sarzyna, Hanex from Dąbrowa Górnicza and Permedia from Lublin.

The organizers of the run managed to collect over PLN 2 million, which will be allocated to subsidized prostheses, prams and rehabilitation camps for over 100 people with motor system disabilities.

Four teams of 20 players took part on the run on behalf of the Lerg Group. Due to the pandemics, and thus the safe, virtual nature of this year’s event, each runner had to cover 4 km of independently chosen route.

Although all of us had a charitable goal above all, there was also a healthy, sports competition – Sarzyna Chemical managed to win the high 248th out of 4322 teams. The full list of results can be found at the link here.

Congratulations to all participants!

This website uses cookies to improve your experience while you navigate through the website. Out of these, the cookies that are categorized as necessary are stored on your browser as they are essential for the working of basic functionalities of the website. We also use third-party cookies that help us analyze and understand how you use this website. These cookies will be stored in your browser only with your consent. You also have the option to opt-out of these cookies. But opting out of some of these cookies may affect your browsing experience.
SAVE & ACCEPT